Tilapia is an edible fish variety that is also among the most common species in aquaponics systems. These fish can easily adapt to most environments and withstand water conditions that other species might struggle with. Additionally, tilapia is highly resistant to numerous parasites, pathogens, and stressful environmental conditions. The fish’s diet can be both plant and animal-based. However, they do not feed on other fish.

It takes between six and nine months for this species to mature fully. The exact number of months will depend on the water’s warmth, frequency and amount of feed, and the desired size at harvest. If you want an easy to rear edible fish species, tilapia is definitely among the best options to consider. Trout is among the most flavorful edible fish you can rear in an aquarium. The species prefers cold water, making it easier since you rarely have to heat the water in your aquarium. The only downside is that you will need to have plants that thrive in cold water in an aquaponics system. The trout’s food range is also quite wide since this species can feed on other fish, bloodworms, mollusks, and aquatic invertebrates.

Compared to other edible species such as tilapia, trout grows relatively slower, taking about four years to get to one pound. If you are looking for a fish species that can thrive in the cold and particularly on a high-protein diet, the trout is ideal for you. The species is also impressively tolerant to high salinity levels and can survive in a wide range of water conditions. 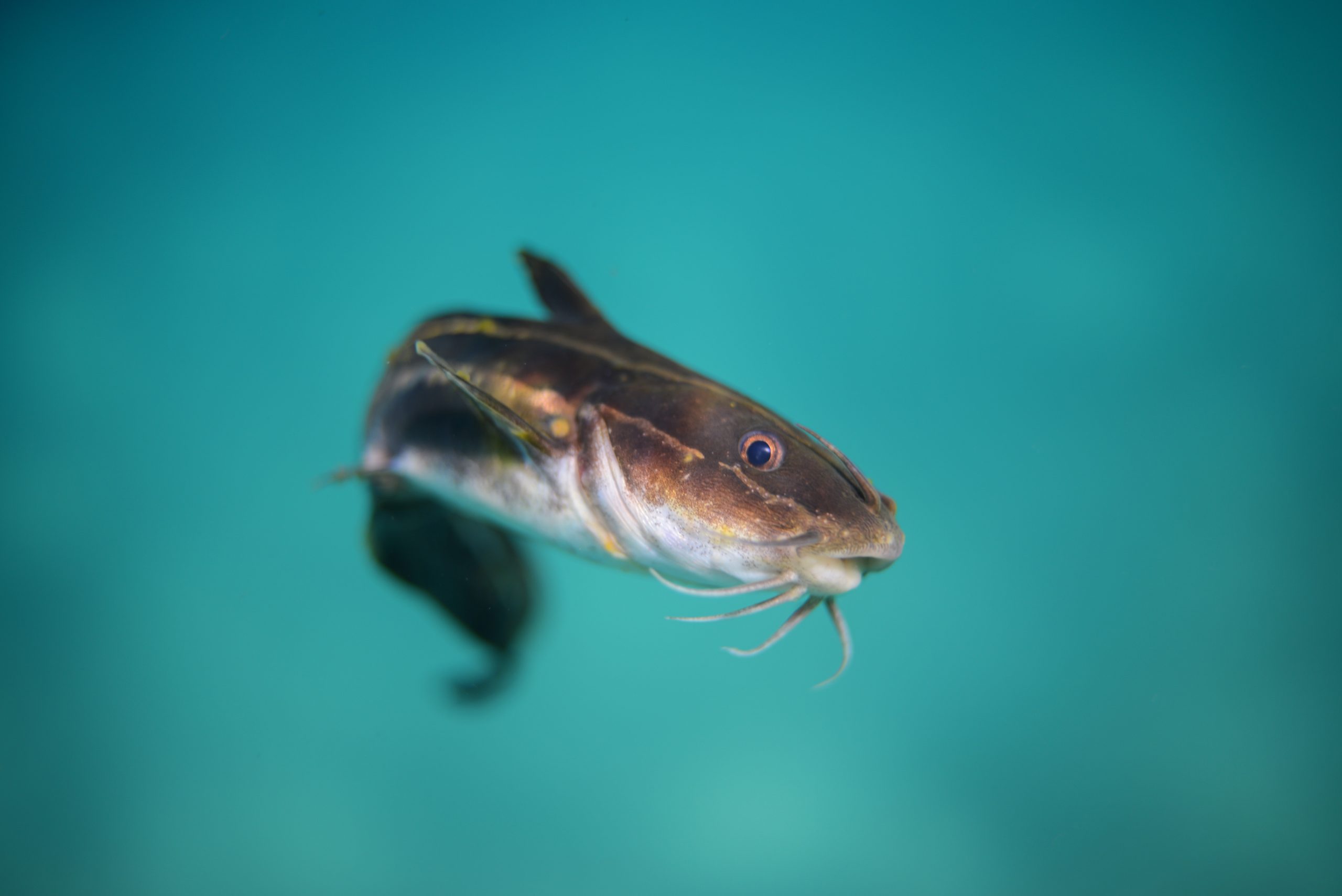 Catfish are often described as some of the easiest fish species to rear for beginners and people in places with unreliable electricity supply. This ease comes from the fish’s resistance to high ammonia levels and low DO levels. Additionally, catfish can be reared in significantly high densities instead of other edible species such as tilapia. One only needs to ensure that their aquarium has sufficient filtration capacity to sustain a high fish density.

Catfish are also renowned for being a benthic species, which means that they are valuable scavengers and bottom feeders. When rearing catfish, it is advisable to have an aquarium that has a wider horizontal space than vertical space. Such a configuration helps that catfish spread out at the bottom of the aquarium. If you need an edible fish species that grows relatively fast, look no further than the catfish. The fish can be harvested after only three months.

If you are an avid lover of fish-based diets, you have probably tasted salmon at a point in your life. The species’ amazing taste makes it one of the most loved edible fish all over the world. Salmons thrive in cold conditions, making them easy to grow, especially in places with an inconsistent power supply to heat aquariums. Salmons take about two years to mature and require a large aquarium if one plans to keep them until full maturity.

If you plan on rearing salmon as part of your aquaponics system, please keep in mind that they are more susceptible to diseases than most other edible species. 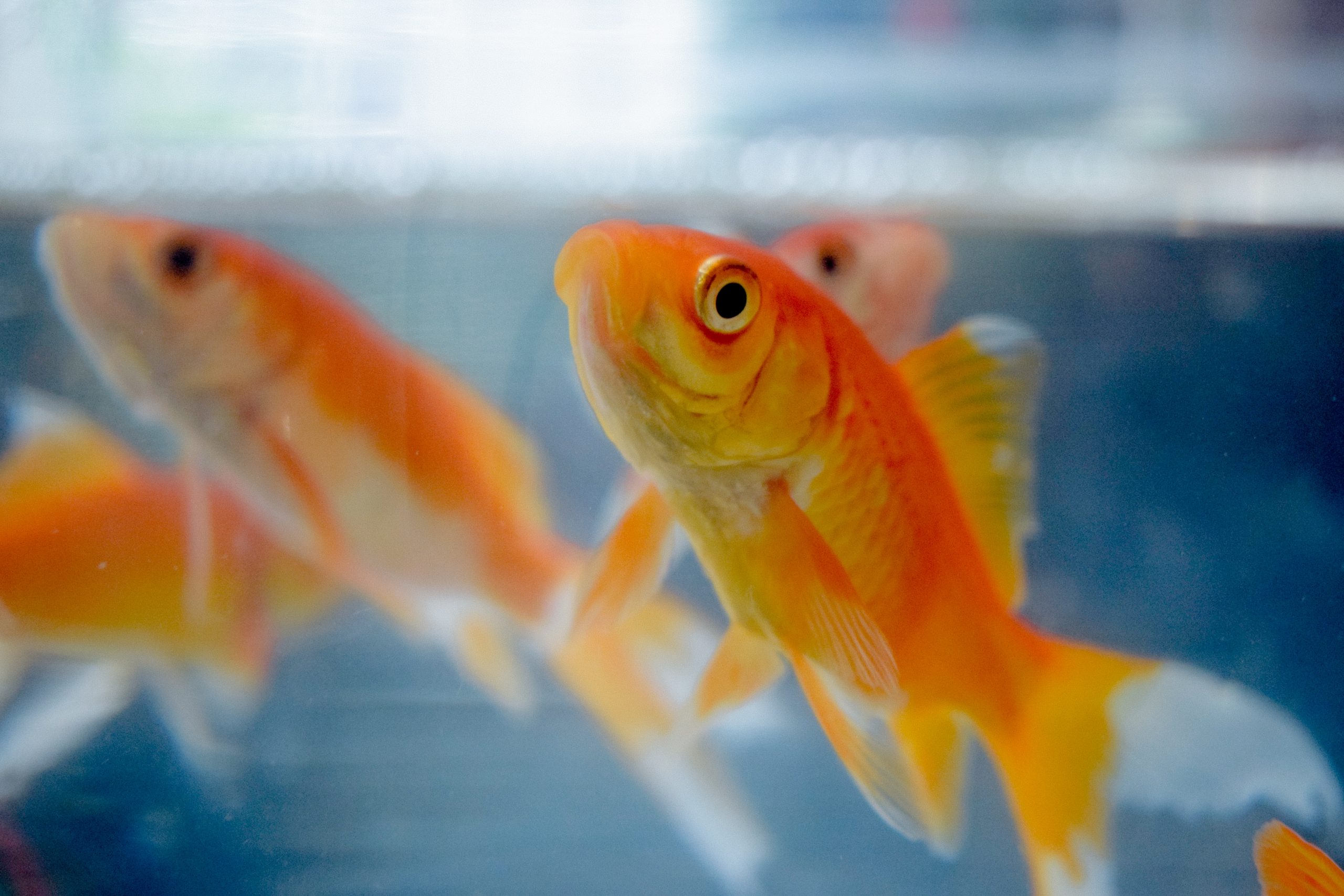 We have all seen them, pretty little fish swimming graciously, looking like something out of a kids’ movie. Goldfish are arguably the most common ornamental fish species. Besides being all pretty, though, goldfish are amazing aquaponics species since they are straightforward to take care of. Do not be fooled by their bright colors, though. Goldfish can survive in extreme conditions ranging from high pH levels to pollution. The species comes in two distinct types; the single tail and the twin tail. The former is more aggressive and faster, while the latter is prettier. However, it would be best if you did not rear both of them in a single aquarium.

Goldfish take about one year to weigh a pound, although this is rarely an issue since they are not an edible species. While often seen in small sizes, goldfish can grow up to one foot long. If you want a purely ornamental fish species for your aquaponics project, you will probably not find a better alternative than the goldfish.

As you have probably figured out by now, factors such as pH tolerance, growth rate, diet, and temperature requirements all determine how well a specific species can do in given conditions. When setting up an aquaponics system, do not just throw any fish in there without carefully considering these and more factors. Disregarding this step could make you end up with dead fish and, consequently, a non-functional aquaponics system. Here is a breakdown of the most important factors to consider.

All fish are cold-blooded, but this does not mean that every fish species can survive in any water condition. Some thrive in warm water, while others thrive in cold conditions. If you live in a place with an inconsistent power supply or want to save on your aquaponics power consumption, you will be better off with a species that can survive in cold water. Species that only thrive in warm water will require you to have the aquarium water heater running all the time, which might not work under the conditions above. Additionally, it would help if you established the fish’s tolerance to temperature fluctuations. Some species can adapt exceptionally well to these changes, while others cannot.

The ready availability of your preferred type of fish is also crucial. First, this availability will determine the ease with which you can get fingerlings and any unique food to that species. For example, if the species you want is only available in another continent, the entire purchase process might become very expensive and time-consuming. You will be better off choosing species that are readily available in your area, such as those mentioned above.

Some fish species are more sensitive than others and thus require additional care when raising. For example, you might find that the species you want is easily susceptible to diseases and injuries while another is hardy and immune. To avoid potential problems and unnecessary costs, choose fish species that can resist diseases and soft injuries. If you are a beginner, you should also avoid overly sensitive fish to water quality and pH changes.

When buying fingerlings, it is easy to disregard or even forget that they will grow into large fish after a while. If you intend to rear edible fish, for example, you will require a significantly large aquarium in your aquaponics system. This means that people will small aquariums should stick to fish species that do not grow very big or those that take extremely long to grow. Imagine having a one-foot catfish in a similarly sized aquarium; it wouldn’t work now, would it?

An aquarium’s filtration capacity determines how many fish the tank can sustain at a go. For example, species with high dissolved oxygen requirements need tanks with a high filtration capacity. If your aquarium has a low capacity, it is better to stick to species that do not require high oxygen levels. There should be a gallon of water for every inch of fish in an aquarium as a general rule.

Fish diet is undoubtedly one of the most important factors to consider before selecting a fish species for your aquaponics system. Different fish types require varying levels of minerals, fats, vitamins, carbohydrates, fats, and proteins to grow healthy. While most commercial pellets are good enough for most fish species, some fish have particular requirements that cannot be met using these pellets.

Setting up an aquaponics system certainly is a fulfilling venture that puts one in touch with nature. The type of fish you choose for your system can be the difference between a successful system and a doomed one. However, considering a fish’s diet, temperature tolerance, space requirements, maintenance, and your tank’s filtration capacity, you can easily choose the right species from the five best ones discussed earlier.

Friendly-Home is structured around a wide range of reviews and step-by-step guides touching on modern-day indoor gardening. Feel free to contact us regarding any content suggestions you may have.